Barney Point has a bit of an industrial feel to it with a railway and harbour facilities, a maritime museum and a small beach with an adjoining residential area with parklands and bbq facilities.

Barney Point has quite a few newer townhouses and units.

Barney Point was named after George Barney, Superintendant of the settlement at Port Curtis (Gladstone in 1847, arriving there ahead of the Lord Auckland settlers.)

When QAL came to town in the 1960’s 354 houses were built predominately in the Barney Point area mainly for supervisory staff including both contractors and QAL employees. 1600 QAL men housed in the Yaralla Single Mens Hostel were Yaralla and the brand new Mercure Hotel now stands.

Still standing and fully renovated is the Seabreeze Caravan Park & Accommodation, this was  one of the first caravan parks in Gladstone which housed men and families working at QAL before moving to the permanent caravan park in Boles St, West Gladstone (not established anymore).

Barney Point’s population in the 2011 Census was 1156 with the median/average age being 38 years old.

The median rent in Barney Point is $240 per week and the median mortgage repayment is $1560 per month. 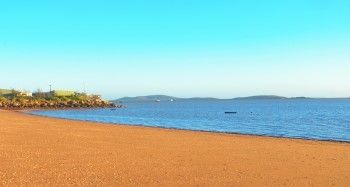 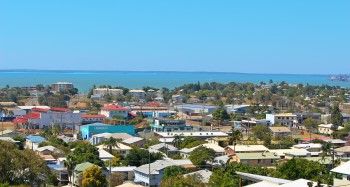