New Auckland, named after the Auckland Creek, the suburbs eastern boundary. Close proximity to the Gladstone Airport, only minutes drive to Stockland Shopping Centre and having the Bunnings complex and Harvey Road Tavern on its border, New Auckland is a popular choice for families.

There are different areas of New Auckland, some being built in the 70’s, 90’s and early 2000 and then brand new areas off Kirkwood Road.

New Auckland’s population in the 2011 Census was 4711 with the median/average age being 31 years old. 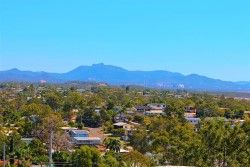